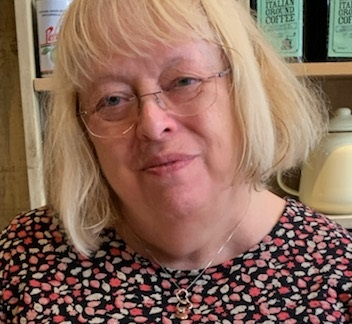 I have set out below a summary of my story. I hope this helps other people to seek help from an organisation that is simply the best - Juliet

I heard about italk through my GP and self-referred. I had a very difficult first marriage with a very controlling /coercive husband. Although never violent, I was very frightened a lot of the time.

My ex always knew I wanted children but as time went on, he did not. I became pregnant accidentally and he bullied me and forced me to have a termination. This affected my mental health and my whole being very badly.

I sought help from italk when I realised I couldn’t cope any more.

After one particularly bad phase in our marriage, including him having an affair, he suggested we have a baby. I was thrilled. Not long afterwards, we had a little boy. During the pregnancy my ex would not speak to me because we found out we were having a boy and he had wanted a girl.

In another scenario, some time later I fell pregnant again, only to be greeted with a repeat performance. My self-esteem was at rock bottom and to cap it all he had another affair. This time I had really had enough and my Son and I left. We had a very traumatic divorce.

I felt that if my friends and family knew they would hate me.

Some years later, I remarried and I understood what it was like to have a wonderful husband. My new Husband is kind and gentle and would never hurt me.

My ex went abroad where he had a series of relationships with young girls. Eventually, one of these girls became pregnant. Subsequently they had a second child. This hurt me terribly, I felt he had denied me the opportunity to have more children and then he had some with someone else. I found this very difficult to cope with. I blamed myself for much of this and genuinely felt I was a bad person. I felt that if my friends and family knew they would hate me. Just a handful of people knew and the stress became overpowering.

I sought help from italk when I realised I couldn’t cope any more. I was crying every day and didn’t care about myself at all.

I didn’t miss any appointments and did everything I was meant to do. This is certainly the secret to success.

The gentleman I saw at italk had some very good ideas about working on self-forgiveness, self-soothing and compassion. Through the course, I did all my homework and read everything I was meant to read.  As the weeks progressed, I started to become interested in life more and more. I had tried counselling courses before but this time I didn’t miss any appointments and did everything I was meant to do. This is certainly the secret to success.

Since the course, I have achieved an inner peace.

Towards the end of the course, I wrote a letter to my ex. Only one person ever read it. I went to the beach with my friend and we burned it.

Since the course, I have achieved an inner peace. I am a very different person. I am much more confident and I know what happened was not my fault. I also know I am not a bad person. I will always be grateful to italk for giving me back my life and allowing me to move on.

These days I rarely reflect on the bad parts of my life, but if I do, I am able to keep them in context. Thank you from the bottom of my heart to my practitioner and the rest of the italk team.